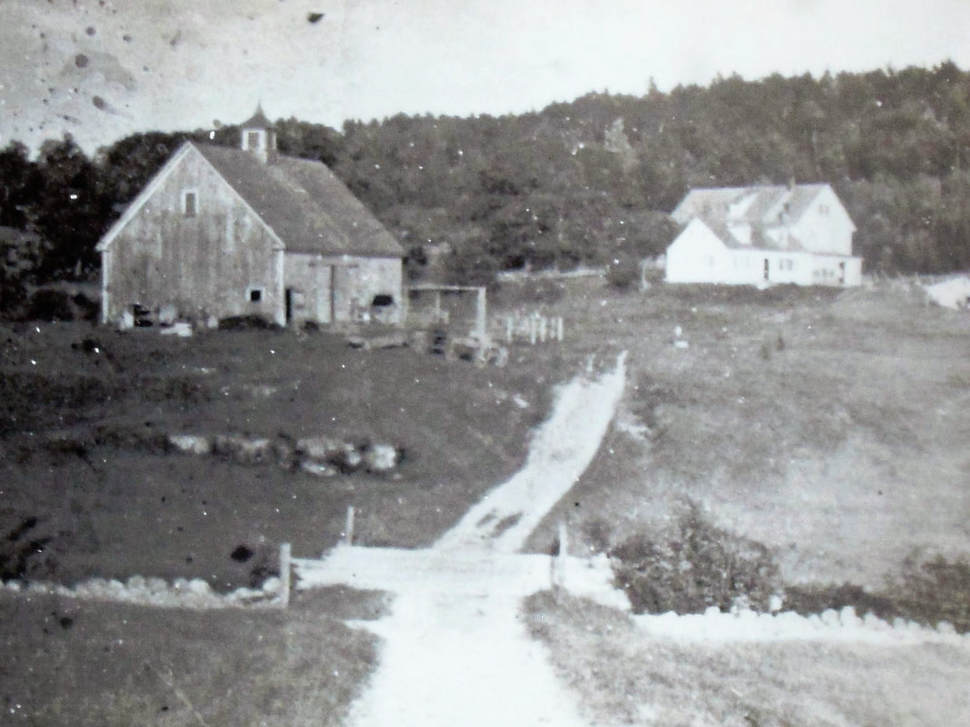 James Richardson and Abraham Somes were the first settlers on Mount Desert Island in Maine, arriving a few months
apart in 1761.  They each acquired parcels of land at the north end of the body of  deep water dividing the island and
often referred to as a fjord. This body of water became known as Somes Sound.  The Richardson site includes what is
now ​named Richardson Brook.
James Richardson and his wife Rachel arrived with their children by ship from Gloucester MA.  They obtained approximately
100 acres of land, which he cleared.  James Richardson was described as an "enterprising, industrious man with considerable
education for the times."  He planted crops and fruit trees and he also fished to support his family of 11 children.  The
farmstead eventually included a Cape Cod style house with an attached barn, a separate barn and several outbuildings.
Richardson also built a mill along the brook and started a business to supply lumber for other families migrating to
Mount Desert Island.  The mill, the dam, the second barn and other outbuildings no longer exist.
Historic
Present

​Over time, descendants of the Richardson family settled on other tracts of land on the northern part of Mount Desert Island
​and some remain in the population today.

Click the horizontal 3-digit icon at the top of the page to view other articles.