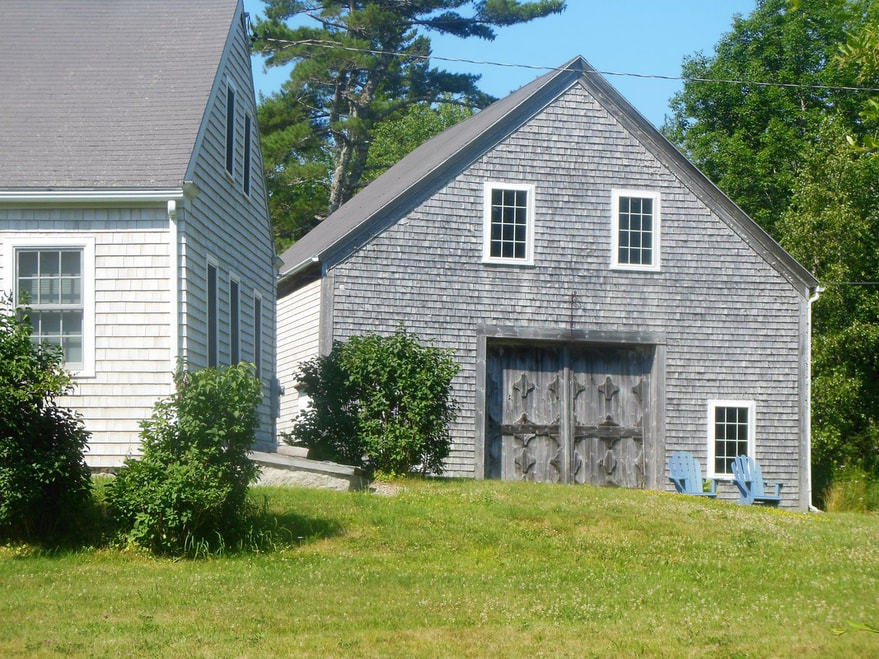 The first example consists of a Cape Cod style house built in the 1830's with an adjoining New England style barn
with ​decorated doors.  There were 11 farm families living on the crest of this  hill near the village of Somesville on
Mount Desert Island in Maine. 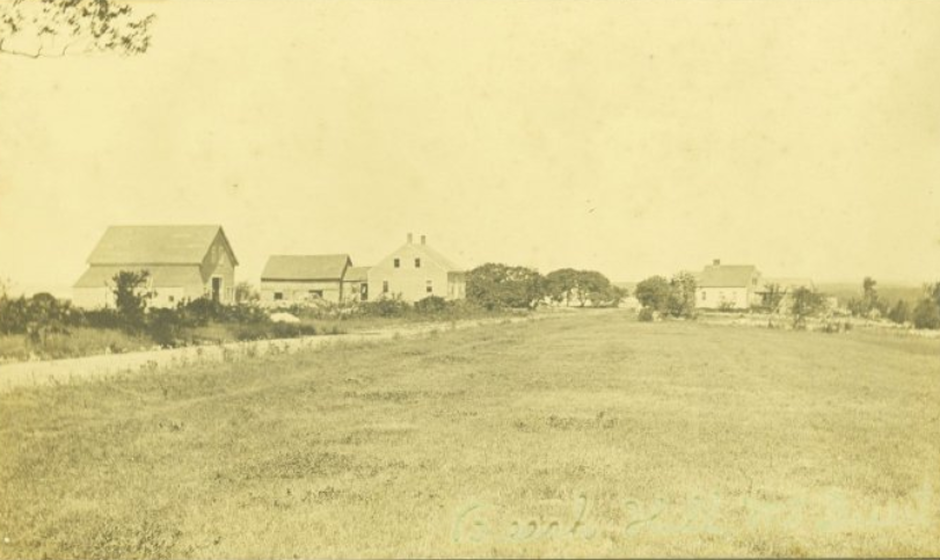 The second example is the Charles Richardson Farmstead as it appears on the left in an old photograph.
​Current photographs are below.  Only the Cape Cod style house remains, with the small addition on the
back side and a small shed behind.  Historically, Beech Hill Road was the only access to the southern part
of the west side of Mount Desert Island.
Click on horizontal 3-dash icon at the top of the page and scroll down to view other articles.