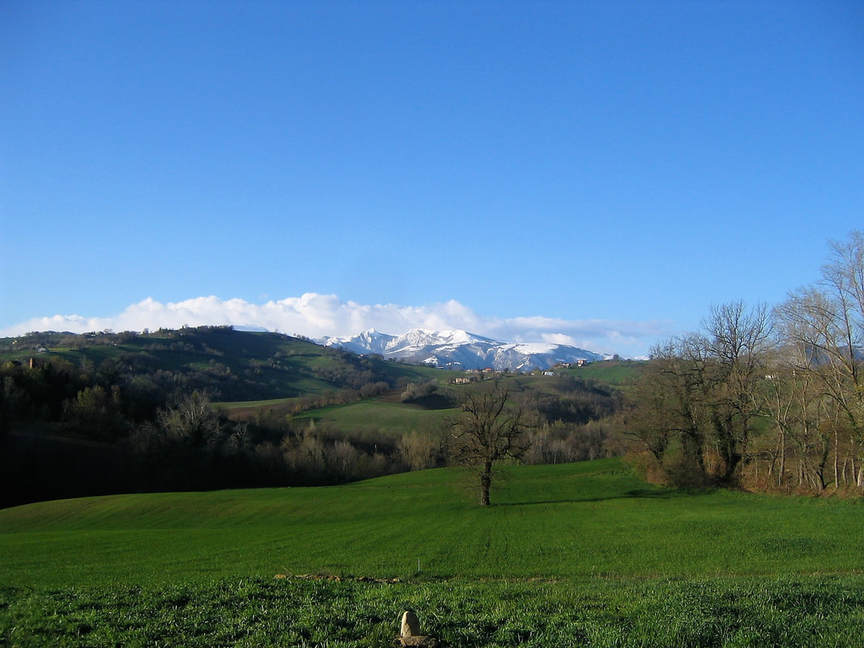 While living in Italy for 10 years,  I documented and published articles on rural architecture in the Le Marche region.  The website was named RURAL ARCHITECTURE : ITALY.   Elizabeth & I were required to leave our home, Casa della Cieca, which I had restored,
​on 28 October 2016 because of damage from a  category 7 earthquake which was the strongest in Italy for 300 years.  It caused damage to both the exterior  stone walls and to the interior plaster of the house.  We are currently living in Southwest Harbor on Mount Desert Island in Maine.  My interest in the subject of rural architecture continues and has led to a new website named
​RURAL ARCHITECTURE : MAINE in which 20 articles have now been  published  The new article below describes my memories of living in our historic rural stone farmhouse in Italy beginning in 2006.  The following images are of the property which we purchased in 2004:

The property is located in the region of Le Marche in central Italy.  It is at the end of a narrow 500 meter farm road near Contrada Santa Maria in Alto Cielo in the hilltown of San Ginesio, Province of Macerata.  The site contained 3/4 of an acre of land, a small stone traditional farmhouse in ruin, and views over the farmland toward the Sibillini Mountains.

The overgrown land was cleared and the historic restoration of the house began in Spring 2005. 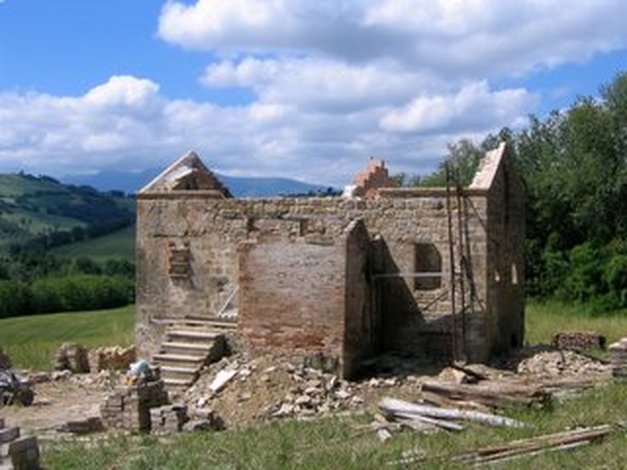 The restoration of the house structure was completed in the Fall of 2005.
​ 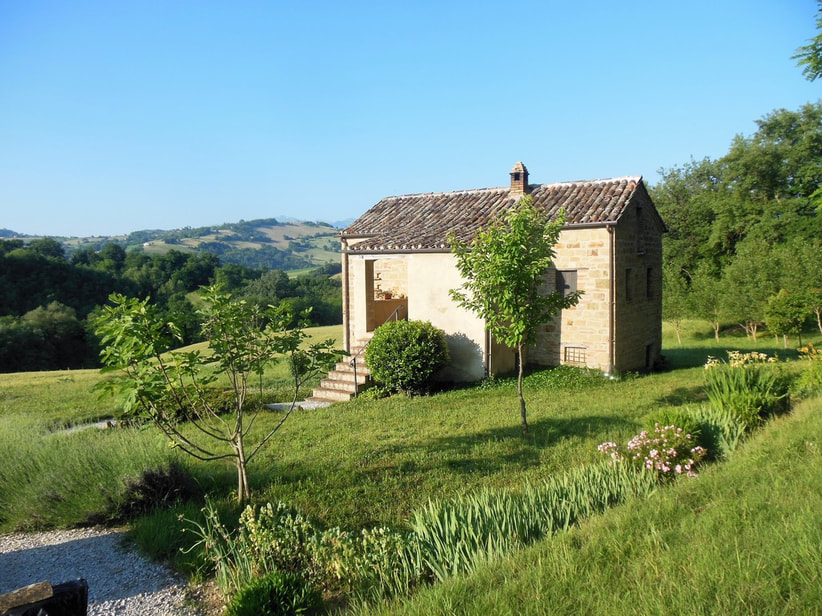 The interior of the house  was furnished and occupied in the Spring of 2006.  The surrounding land was planted with trees, shrubs and vegetable gardens which  matured over time.
The 2016 earthquake caused damage to both the stone exterior walls and to the interior plaster, making the house unsafe to live in.
​
The Italian government will provide funding for the restoration of Casa della Cieca but the schedule has not yet been published.  Many good memories remain of living in the house, including the enjoyment of observing the changing seasonal views of the surrounding farmland and the mountains beyond.  We very much miss our home in Italy.
Click on the horizontal 3-dash icon at the top of the page and scroll down to view other articles.