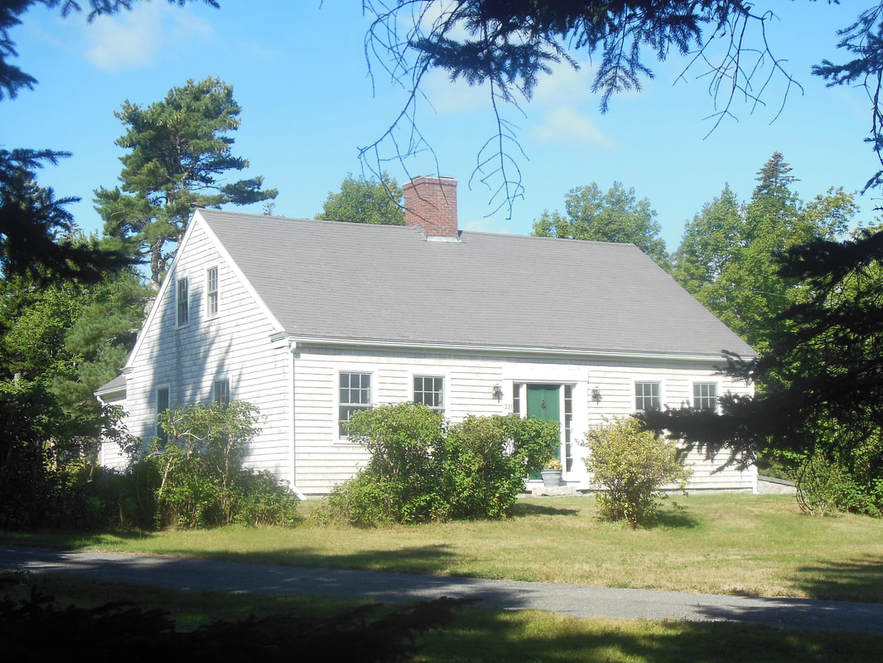 There were two plan layouts:  The one room deep plan had a narrow width of between 15 & 20 feet and included two spaces separated by the chimney.  One space was the "hall" which contained the kitchen and was the center of family life.  The other
more formal space was the "parlor" which was often used as the master bedroom.  The two-room deep plan had a width of
between 25 & 35 feet, with the normal two spaces in the front section and three rooms behind the chimney.  A fireplace was
located in the main section at the back, with two small adjoining rooms for storage and/or a small bedroom.

A basement provided space for storage and protected food from freezing.  Dormers were later added for space, light, and
ventilation.  Single story ells were often added to the rear of the main structure, also to provide more space.  This was the
beginning of the "big house, little house, back house, barn" era.  Another development was the addition of a second story
which could be afforded by the most successful settlers.  A later modification placed two chimneys on the gable ends.
​
The house was constructed with mortise-and-tenon framing.  The main members were of hand-hewn oak timber and the studs
and braces of either hand-hewn or sawed lumber.  The large chimney was built of either stone or brick.  Floors were of wide wood planks.  The interior walls were normally plastered. 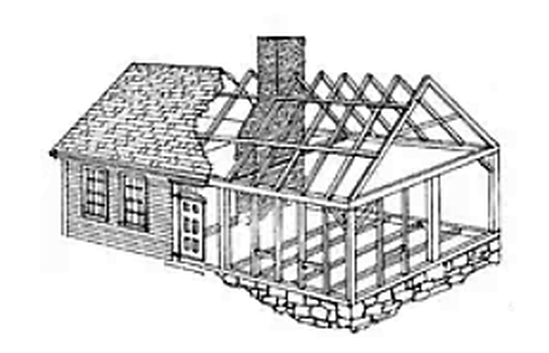 Click on horizontal three-dash icon at top of page and scroll down to view all articles.