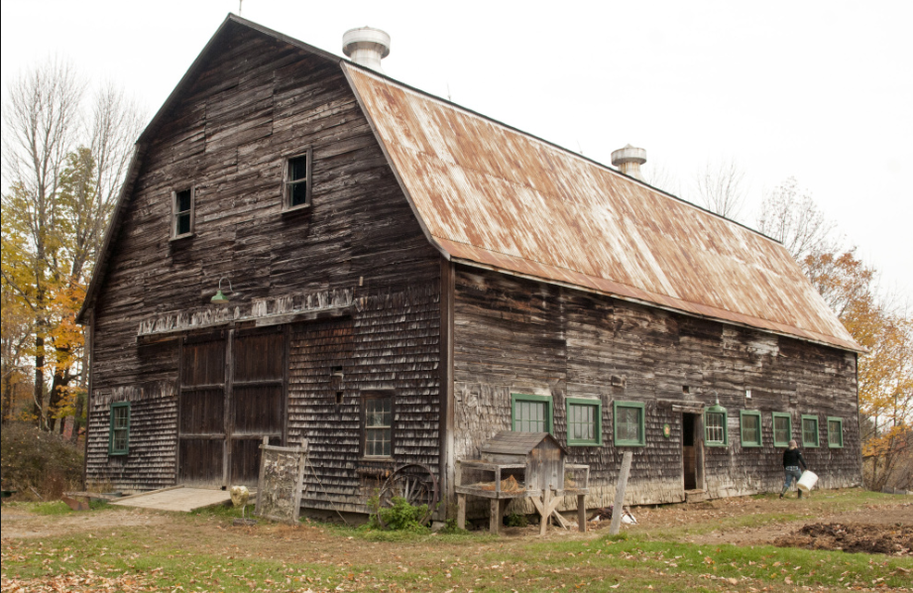 The Gambrel Roof Barn evolved from the New England Barn in the early 20th Century as farming became more commercial and less for subsistence.  The origin of the name derived from the Medieval term gamba, meaning "horse's leg or hock".......

The Grambrel Roof Barn has a symmetrical two-sided roof with two slopes on each side.  The upper slope is at a shallow angle while the lower slope is steep  This design allowed greater headroom in the hay loft without making the roof too steep.  The main level in the barn usually contained a cow stable and was without a basement.  The floor was paved with a concrete slab .
​
The barns were generally built using light weight balloon framing and the roof was framed with trusses.  A hay track ran at the
ridge along the length of the barn to carry grain into the loft.  The barns were sided with wood tongue and groove or shingle siding.  Single story milk barns were attached to a side wall and contained stainless steel storage tanks with electric cooling.

Click on the horizontal 3-dash icon at the top of the screen and scroll down to view other articles.