​LOG CABINS
Farmers who migrated north from New England to search for a tract of land in the wilderness of Maine faced many difficulties.
To begin with they needed a temporary place to dwell.  They lived in tents, Wabanaki wigwams, or other dwelling types such as
a "soil house" which was dug into sloped land and roofed with log beams and a thatched roof.
​After clearing a small area of land, the Maine settler was able to build a small log cabin so that his family could join him.  The
cabins were built with old growth hand-hewn logs from the land, stacked and connected with notched joints.  The spaces
between the joints were daubed with mud or moss.  The roof was framed with log rafters and thatched.  Large stones found on the site were placed at the corners and along the walls of the cabin as a foundation.  The design of the early cabins contained minimal architectural details, often with only a tarp door and no windows, an earth floor, and a hearth with no chimney.  Log cabins began to be built from the time of early settlement.  The oldest known remaining log cabin in the United States was built in 1783. 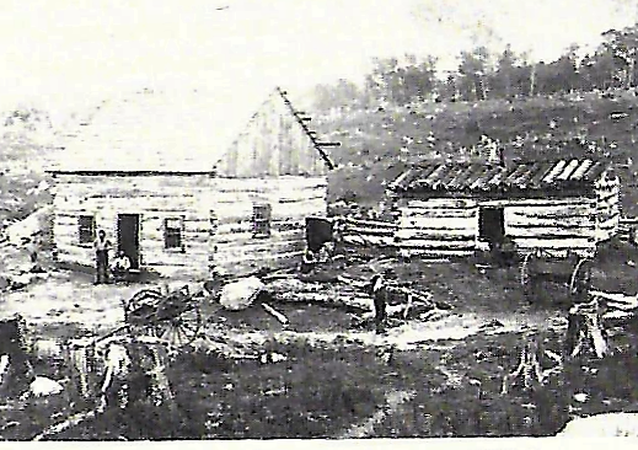 ​
After five or more years, a larger family house could often be built, incorporating more conveniences.  The construction
was then either hand-sawn timber or wood framework from one of the new lumber mills.  Wood planking or clapboard
​could be added to exterior walls, planking or plaster to the interior walls, and wood shingles to cover the roof.
The new architectural features included hinged doors, windows, a wood planked floor, a chimney, interior partitions,
and a stone foundation which sometimes included a basement for storage and a larder. The primary focus of the early
Maine farmers was the cultivation of their land and the planting of a mixture of crops so as to be able to support their
families independently in a stable dwelling. 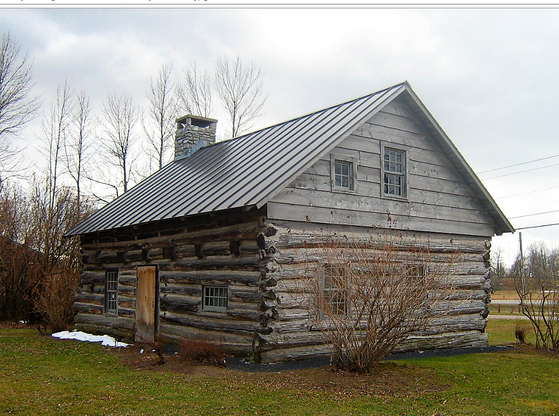 One of the oldest known historic log cabins in the USA built in 1783.
Above is log cabin that I discovered hidden in the forest on Mount Desert Island in Maine.  The dimensions and details
are similar to those of the dwellings built by the early settlers.  No history or age is known, nor is it known whether it
is an early log cabin that has been modified over time.
Click on the horizontal 3-line icon at the top of the page to see other articles on rural architecture.